A musical connection forms the basis for Eclogue's fifth Inquisitor outing.  This time the source of inspiration is the 1936 song "Pennies from Heaven" composed by Arthur Johnston and Johnny Burke and popularised by such singers as Bing Crosby and Frank Sinatra.

Something that Eclogue enjoy is pulling together two otherwise unconnected themes, usually simply because they share a name and that was the inspiration here.  There were hints throughout - letters were 'dropped' from clues, letters from row 1 were to be 'dropped' into 38s (GAPS) and of course, the title itself "Good Fortune" is synonymous with Pennies from Heaven.


Solvers were obliged to restore a missing letter from each clue in order to solve it and these letters spell out the song's title followed by the four surnames above.  The initially completed grid contained gaps in eight of the twelve columns, to be filled thematically.  The song's title provides the hint for this method and representations of the penny, either D or P, in the top row are to be dropped down to fill the gaps (thus achieving every solver's inspiration, the Penny Dropping Moment).

The pennies were provided by DIPPED and DODDED in the top row.  Unfortunately there was no viable word like PEPPID in order to keep the vowels in the correct order, and whilst we could have reversed DIPPED, this seemed out of keeping with the puzzle as a whole.  With only four vowels to choose from for the required switch and the prominent appearance in search endings of the denouement, this minor untidiness was deemed acceptable by compilers and checkers alike.

After exchanging the two letters in the top row the new gaps there must now be resolved to spell out another name associated with the song title - DENNIS POTTER, whose musical drama by the same title was an early outing for the late Bob Hoskins. 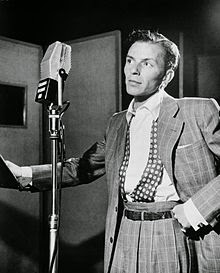 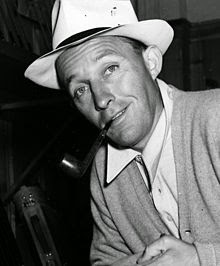 Solvers will have been relieved that this puzzle didn't seem to herald from Logogriph's arcane book shelves, or evenings out (see Tour de Farce and Who's the Daddy? in the Inquisitor series).  In fact, Eclogue's recent output has been more mainstream.  Eclipse came up with some well disguised clue amendments - we particularly liked, "Go TT on account of party" becoming "Go OTT on account of party" for OVER+DO, or "Tokes on old woman’s tobacco" becoming "Stokes on old woman's tobacco" for S+HAG.

One of the little known benefits of the Inquisitor proofing process is that we get an early sight of the puzzle with which our solution is to be published.  Being Inquisitor 1398, Eclogue were privileged to be able to make an early start on 1400, which is a cracker by our editor, Nimrod.
Good Fortune was accordingly published on  8 August 2015


Posted by Eclipse at 10:31 No comments: Links to this post

Heading over to 1 Across Magazine once more for this offering which consisted of a Skeleton crossword with a slight difference, based on a blocked grid.  In twelve cases a thematic element (the word BLOCK) was omitted from the wordplay but definitions referred to the whole word/phrase.  Solvers were required to represent the thematic element by blocking in the appropriate square in the relevant answers and also to complete the grid's symmetry by blocking in all other relevant squares.

This relatively simple idea has been used in various guises over the years, but not quite like this we believe.  Unfortunately we haven't received any feedback to date on this puzzle, so include the grid and solution below.


Posted by Eclipse at 19:36 No comments: Links to this post